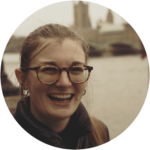 I specialize in the comparative morphosyntax, dialectology and history of Ibero-Romance. Much of my work to date has looked at how we “do things” with language. I am especially interested in combining data-driven approaches with conceptual insight from frameworks outside conventional disciplinary boundaries. My work is concerned both with testing the predictions and orthodoxies of theoretical linguistics as well as with challenging the ideological assumptions that underpin the public, policy and scholarly discourses that affect the social and material conditions of language users.

I am principal investigator of a British Academy/Leverhulme-funded documentation project on the grammars of Judeo-Spanish (2019-22); and co-ordinate the Linguistics in Schools Transatlantic Educational Network (LISTEN!) initiative (2018-), a network of educators working in schools and universities across Europe and the USA with an interest in developing Linguistics-oriented curricula and resources for primary/secondary (K-12) schools. I am also Co-Lead for Spanish on the multi-institutional Linguistics in MFL project (2017-), whose goal is to introduce a Linguistics ‘content’ component in Modern Languages at Key Stage 5 (A levels) in UK schools; and Co-I on the EUniWell-funded project Multilingualism for Social Inclusion in the European Classroom (2020-21), led by the University of Köln.